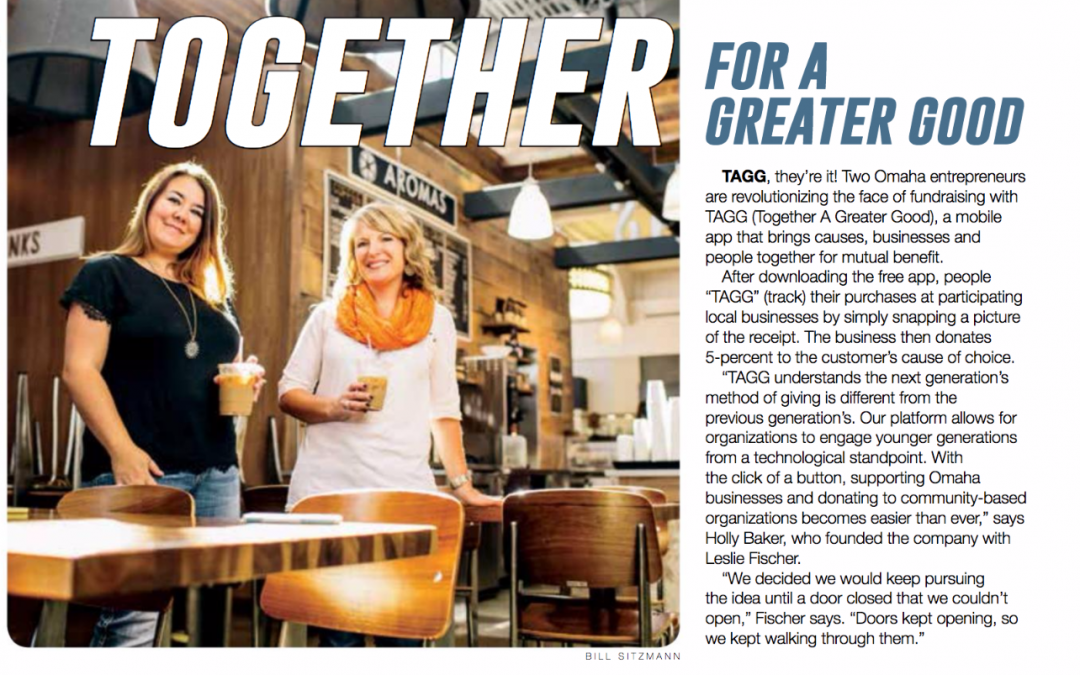 The Greater Omaha Chamber releases an annual magazine called “We Don’t Coast.” For their 2016 edition, TAGG was mentioned as one of the top communities/organizations impacting the Omaha area.

Read what they wrote here:

“TAGG, they’re it! Two Omaha entrepreneurs are revolutionizing the face of fundraising with TAGG (Together A Greater Good), a mobile app that brings causes, businesses and people together for mutual benefit.

After downloading the free app, people “TAGG” (track) their purchases at participating local businesses by simply snapping a picture of their receipt. The business then donates 5-percent to the customer’s cause of choice.

‘TAGG understands the next generation’s method of giving is different from the previous generation’s. Our platform allows for organizations to engage younger generations from a technological standpoint. With the click of a button, supporting Omaha business and donating to community-based organizations becomes easier than ever,’ says Holly Baker, who founded the company with Leslie Fischer.

‘We decided we would keep pursuing the idea until a door closed that we couldn’t open,’ Fischer says. ‘Doors kept opening, so we kept walking through them.'”