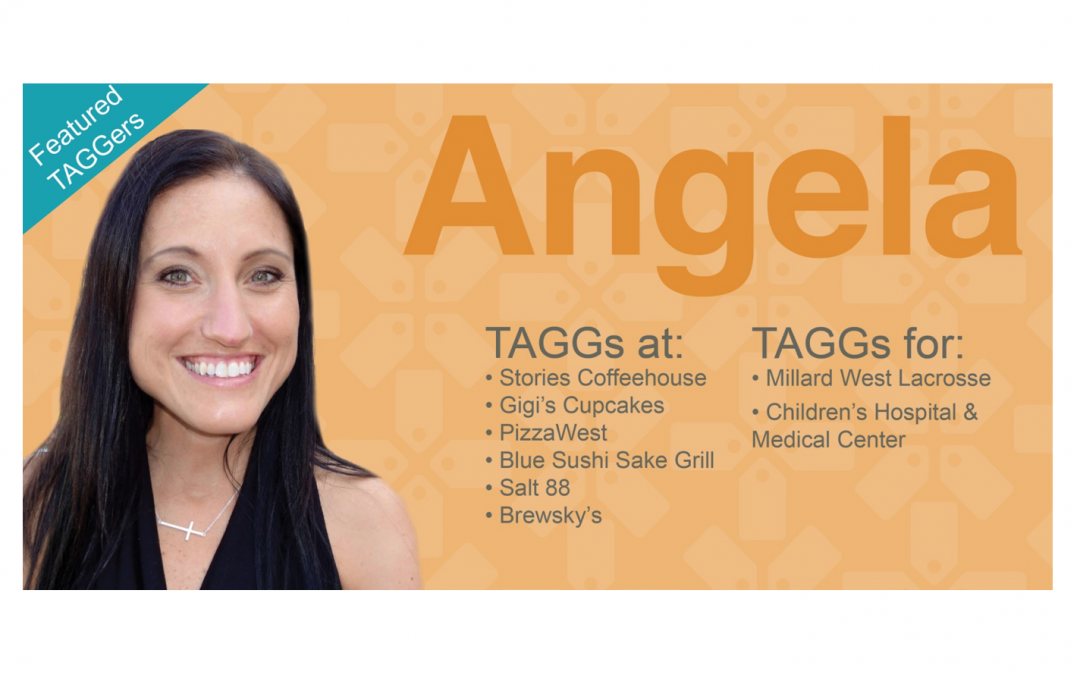 Meet this week’s featured TAGGer, Angela! Angela loves TAGGing for her son’s team, Millard West Lacrosse and Children’s Hospital & Medical Center. With two children with unique autoimmune diseases, she has spent a lot of time at Children’s and loves that she can give back to an organization that has impacted her so much. Angela also looks forward to TAGGing for her daughter’s competitive dance expenses!

So where does Angela TAGG for these awesome causes? She lovesStories Coffeehouse, Gigi’s Cupcakes West Omaha, Nebraska, PizzaWest,Blue Sushi Sake Grill, Salt 88, and Brewsky’s Food & Spirits! “I love TAGG! We love the opportunity to support local businesses and at the same time great local organizations! I also love raising awareness through the social sharing! “

Start TAGGing your purchases today and sharing on Twitter and Facebook like Angela! Getting your friends to join in is one of the best parts about being a TAGGer, because they more you have the more that 5% adds up for your favorite nonprofits, schools, and teams!