And the winners of the March Madness Contest are… 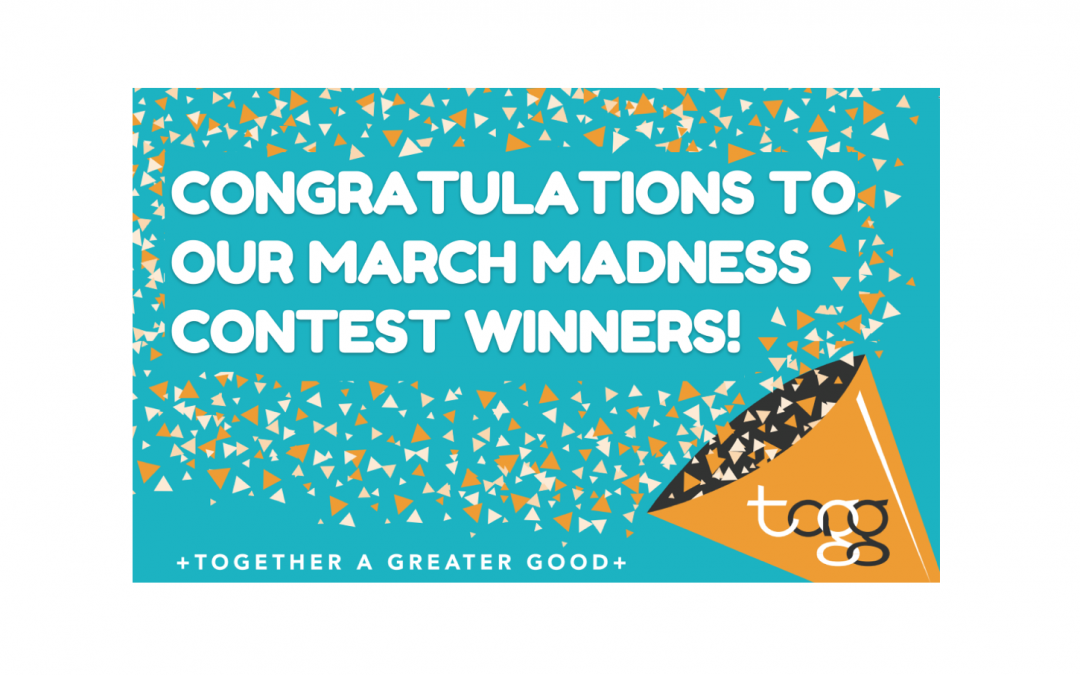 Julie Bluvas and Sandy S. scored their winnings by being the top two TAGGers. Sandy TAGGed an impressive 61 times by visiting various local businesses on the Together A Greater Good mobile app.

Some of her favorite businesses to patronize include Plank Seafood, Union Sports Bar and Omaha Tap House.

Sandy always TAGGs for Friends of the Forgotten, a nonprofit organization created to assist elderly individuals in their final days and encourage them that they matter and are loved.

Julie Bluvas was the second-place winner with 53 TAGGs. Ragazzi’s Pizza, Defy Gravity and Flagship Commons were just three of the many businesses she TAGGed at in March.

She enjoys TAGGing for her daughter’s classes at The Dancer’s Edge.

Chris Cogan won his $100 prize by having his name selected from TAGG’s Sweet 16 drawing. To be entered in the drawing, app users had to TAGG at least 16 times between March 10 and April 7.

He TAGGs his receipts for Chariots4Hope, a faith-based ministry that helps low income families in Omaha receive transportation.

Thank you to everyone who TAGGed and made this campaign a success.