All 3 Campaign Winners Donate Their $100 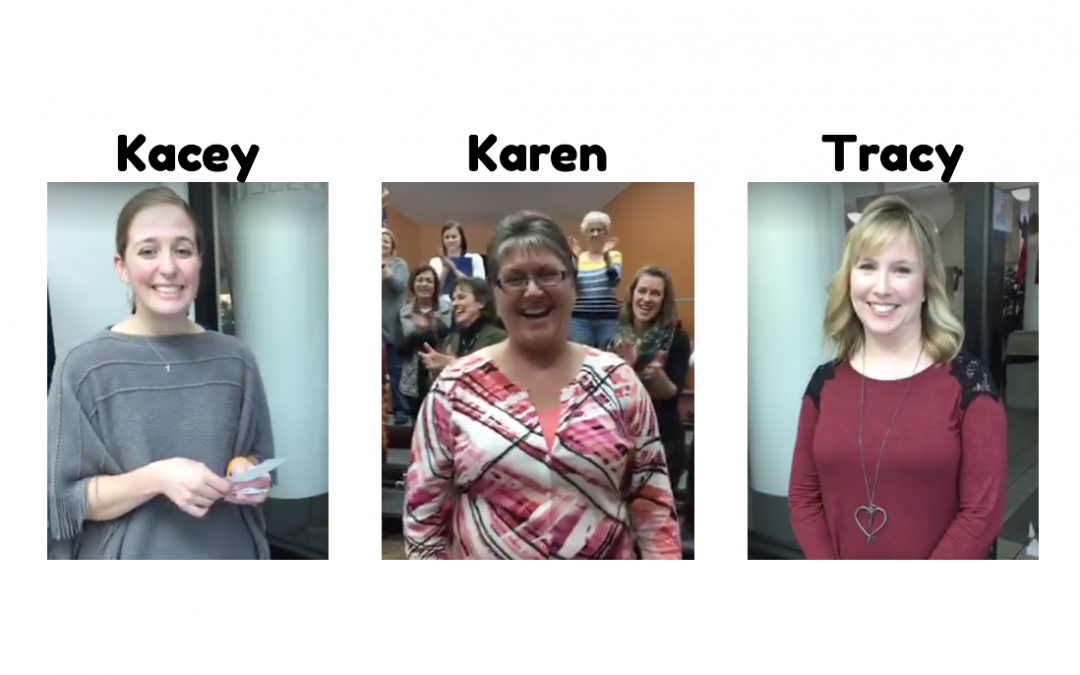 After winning the “Give While You Gift Campaign” sponsored by Mutual 1st Federal Credit Union, Kacey W., Tracy W. and Karen C. decided to pass on their winnings to local organizations. The campaign ran from December 1 through December 24 and was created to reward the three people who TAGGed the most.

The winners were announced on Facebook and were presented their $100 checks in a live stream. They were allowed to spend the money however they wanted, and all three decided to donate their funds.

Karen C., who TAGGed 28 times in December, was the first to donate her money and received her check at Remington Heights Senior Community Center. She decided to pass on her reward to Accapella Omaha Chorus, a group of 37 women singers who sing barbershop quartet-style music.

Kacey W. announced her plans to pass her check onto St. James / Seton Catholic School in a Facebook Live posted two days later. Her 43 TAGGs throughout the month of December helped her make this donation to her first grade daughter’s school.

These three ladies are awesome and should be applauded for their continuous generosity and support. Thank you to everyone for participating in this wonderful wintertime campaign!

Check out the reveal videos on our Facebook page: https://www.facebook.com/togetheragreatergood/